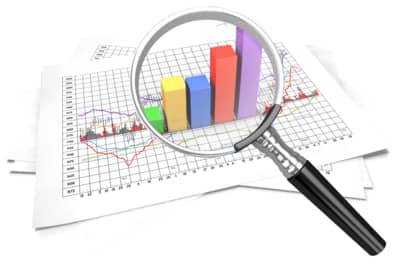 Over the last six months, I have been excited to see the new digital programs implemented by museums worldwide. I’m excited about the creativity and ingenuity that has gone into truly unique new offerings that have gone from concept to launch amazingly fast in response to the pandemic.

Whenever we launch programs outside of historical perceptions of what is possible, there are always influencers who do not believe the new offerings will work.  Every innovation comes with its own naysayer.  It just comes with the territory.  In this article, I will talk about one of the most common traps organizations run into while in the early stages of launching something great.

I have been friends with a venture capitalist that mostly works with existing organizations launching new initiatives for years.  When asked what the biggest frustration is for him as a VC, without hesitation, he says, ‘Every new offering takes longer to develop an audience than investors think it should.” One of the most common reasons for this is that people compare the results of new programs to the results of historical programs.  You can’t compare new offerings to existing offerings.  You have to treat any program that has launch in the last 12 months as ‘beta.’ In so doing, you have to use an entirely different performance metric when analyzing initial results.

Ideally, you have established different performance metrics for your beta projects from the beginning.  If you haven’t, you need to address the naysayers that think the program is not growing fast enough.  If you don’t, you will end up in this cycle:

New offerings will ALWAYS take time to build an audience.  Exceptions are incredibly rare.  Your digital exhibits, education programs, fundraisers, and other initiatives will take time to grow. It’s easy to get trick yourself into thinking your new offering is an exception.  For example, during the last six months, I have heard, “Our new digital program will grow quickly because it’s just a digital version of an existing successful program.” While elements of your new program may have existed in an old program, that does not mean it’s going to upramp any faster.  Almost every new offering has elements of existing offerings.  When you take a program digital, you ask your users to consume the offering differently and essentially change habits.  With this change in habits, you are increasing user anxiety and creating potential frustration points. Let’s use a digital exhibit behind a pay wall as an example as this offering is standard among museums.  Suppose your core audience is 55 to 70 years old (common in the museum community). In that case, you are asking a lot of people that have never done a financial transaction digitally to use a credit card on the internet.  Many in your audience do not regularly watch digital videos online, and you also will have to convince them that a digital exhibit will be worth the price.  Add in issues related to the reduction in human interaction and the sensory level differences, and you end up with a long list of ways your offering is only lightly mirroring its predecessor.

Some people overvalue existing relationships, as well.  While it’s beneficial that some of your potential audience has an existing relationship with your museum, it will not always increase your speed of adoption.  In 2013, the app Snapchat was on top of the world.  Over 220 million Snapchat users were ‘snapping’ over three trillion times per year.  With this success in mind, Snapchat launched the feature STORY allowing users to add ‘snaps’ to a longer narrative.  Even with 220 million users, it took over a year for STORY to get significant traction.  Six months into STORY’s launch, fewer than 10% of Snapchat users had used the feature.  Now STORY is one of the most widely used app features on Snapchat.  I share this story to demonstrate that you can overvalue your existing relationships, especially related to new program adoption speed.

New offerings always take longer to develop an audience than we would like.  Adjust your metrics to reflect a reasonable upramp time and make sure that key influencers have reasonable timetable expectations.  Some of your best new programs will take the longest to find an audience.  Seinfeld was almost cancelled in season two.  Now it’s one of the most successful television shows ever.

Writers Note:  Google “history of Fabreze” to see the story one of my favorite examples of a slow to build an audience product that is now in every home.